Folding is the processing of folding a sheet press inside of a signature.  This is completed through the use of special devices referred to as folders. Folding is typically done in order to create magazines, brochures, newspaper inserts, newspapers maps, and more. Book signatures are considered folded-to-print. This means the folds are created in a way that ensures the headers, folios, footers, and other page elements are aligned from page to page. Other printed materials (especially sheets printed on just one side) are considered to be folded-to-paper. Folding-to-paper is normal in the situations when all the sheets exist independently of one another.

There are two categories of that can be applied to a sheet of paper: 1. a right-angle fold (made at a 90º angle to the previous fold); 2. a parallel fold in the same direction as earlier folds. The combination of parallel folds and right-angle folds in various locations on a sheet of paper that the wide array of folding combinations. Examples the accordion fold, the gatefold, the French fold, the over-and-over fold, and the letter fold. Overall, the number of folds done to a press sheet is what determines the number of pages/leaves in the . 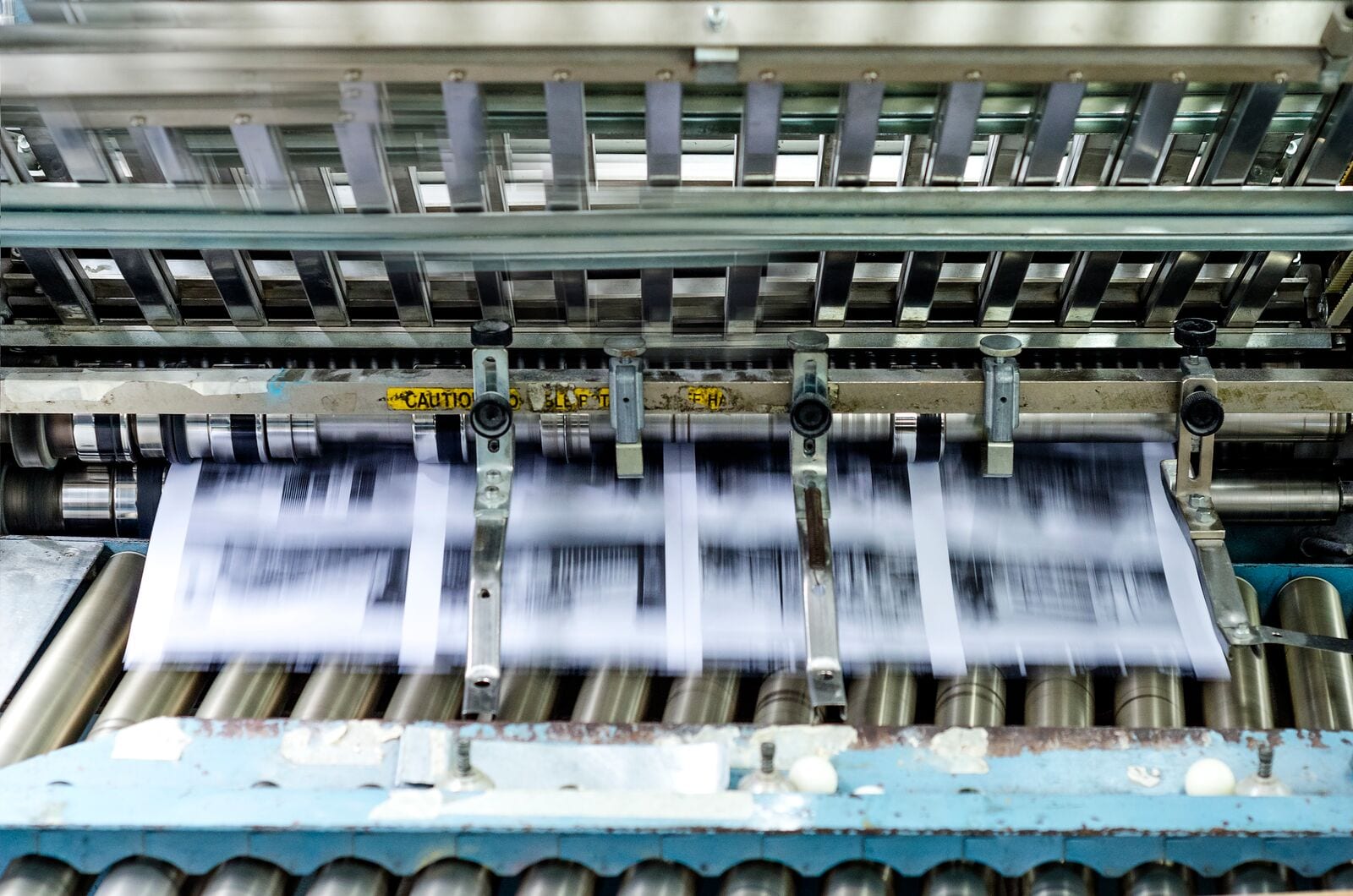 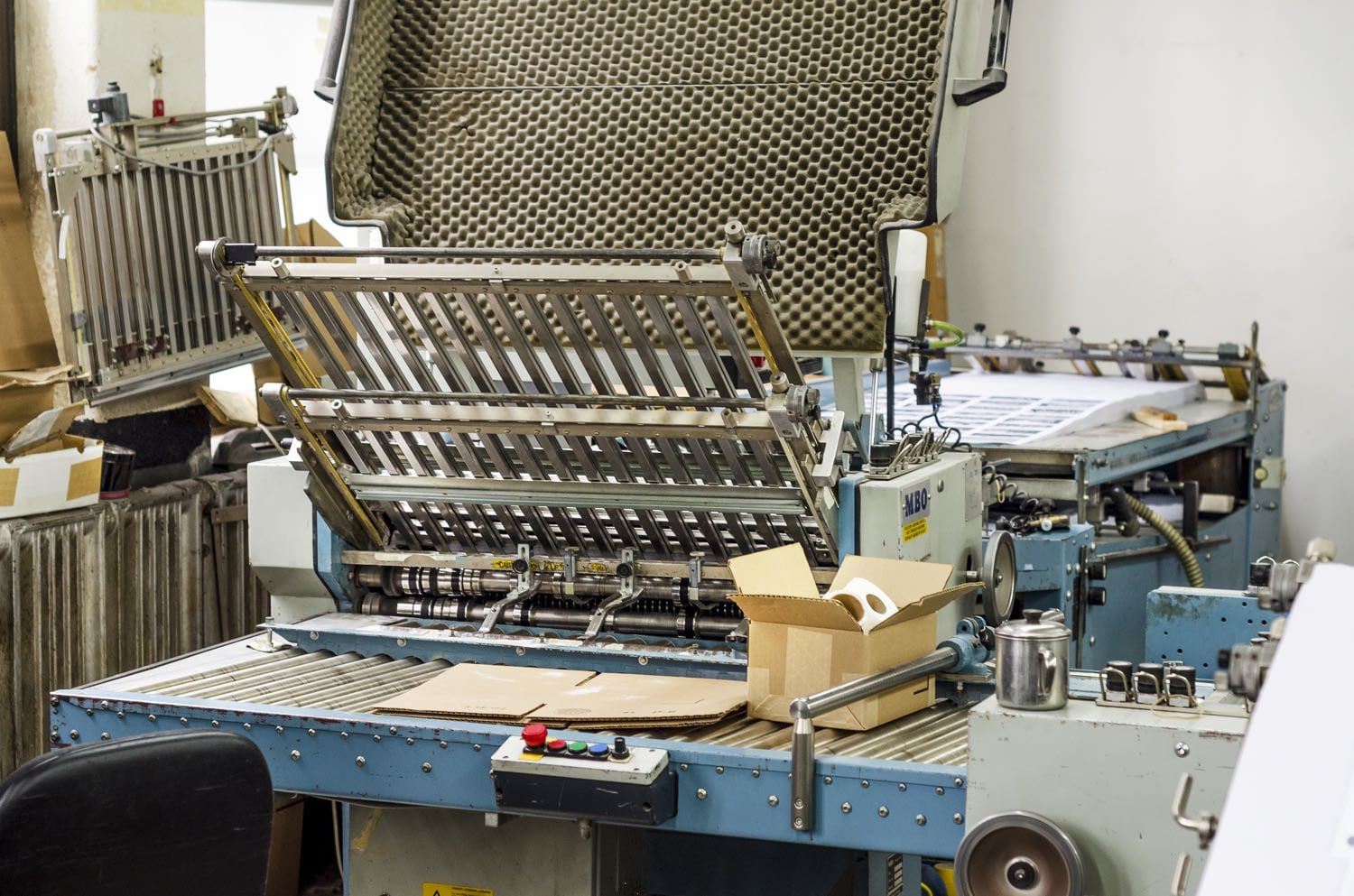 Folding machines are fast, engineered devices using a combination of rollers and knife blades to quickly and accurately fold paper sheets. There are two basic types of folder: a knife folder and a buckle folder. Each folder is used for different types of jobs. Right angle folds are typically folded with knife folders, and parallel folds are often completed using buckle folders. On the other hand, lighter-weight papers do better with a buckle folder, and heavier-weight paper is usually folded using a knife folde

Varick Street Litho is at the cutting edge of binding. Serving both the local New York area and with the ability to serve local, national and global markets. Varick Street Litho houses an entire graphic design department, providing clients with unique, new material.

We keep our clients engaged throughout each step of our creation process in order to ensure the project meets brand guidelines, captures their vision, and appeals to customers. Varick Street Litho has a creative graphic design team and we can bring your vision to life. We serve both the local New York area and with the ability to serve local, national and global markets.

How much does a folding machine cost?
Paper Folding Machine Average Costs
The smallest manual feed machines sell for about $200 to $300. Friction-feed letter folding machines range from about $800 to $2,500. On the lower end of that price range, you’ll be able to purchase a machine that can handle moderate volume of 3,000 folds per day or 20,000 per month.

What is folding in printing?
Folding. In binding and finishing, an operation performed—commonly after printing and cutting—to fold a press sheet into a signature. … Other types of printed materials (in particular sheets with printing on only one side) are said to be folded-to-paper, which means that such attention to alignment is not necessary.

What is a 4 fold brochure called?
The French fold, also known as the right angle fold, is a unique fold that divides the brochure into four panels.

How does a paper folding machine work?
The machine first pulls in a sheet of paper using friction wheels on the feed tray. As the paper is pulled into the machine, it is pulled and pushed into the first folding plate. The paper bounces off that plate and makes its way to the second folding plate.

What is a short fold?
Short Fold. SHORT FOLD. A short fold is similar to a French fold, but the initial bottom two panels are shorter and may be die cut. A common example of a short fold is the pocket folder.

What is a French fold?
A French fold is a sheet that is folded vertically and then horizontally, allowing a piece to start the size of a booklet or brochure and expand to a final size that feels like a poster. SPECIFIC FOLDS.

What paper is used for brochures?
Paper finish refers to the texture of the papers surface. There are two main finishes typically used in brochures: Glossy & Matte. This paper has been coated by a compound to give it a smooth, shinny appearance. This paper is also coated but without luster or gloss, giving it an untreated look.

What are the 3 main types of folds?
There are three types of folds: monoclines, anticlines, and synclines. A monocline is a simple bend in the rock layers so that they are no longer horizontal but are inclined

What is a single gate fold?
A Gatefold is a document folding method that uses two parallel folds to create six panels – three panels on each side of the paper. … Sometimes a Gatefolded piece is folded inward one more time, along a central crease.

What is a letter fold?
The C-Fold, also known as the Letter Fold, is the Most Common Method of Tri-Folding a Document. A C-fold is a document folding method that uses two parallel folds to create six panels of roughly the same size – three panels on each side of the paper. The outer panels are folded toward each other so that they overlap.